Goodbye Grams, A Tribute To The Ultimate Saver!

It’s never easy to let the ones you love go, and unfortunately this past week I lost my beloved Grams.  I wanted to write a tribute and express my love to the one who spoiled me, loved me unconditionally, and taught me how to be the saver that I am today.

Grams was a strong-willed, opinionated woman, who was proud of her Polish and German heritage. (Trust me, nobody could make perogies better than my Grams)!  She was born in Chicago, and as a young girl during the Great Depression, she had to beg for food to help keep her family from starving.

As you can imagine, this difficult time in her life became a stepping stone for working hard, saving money, and finding ways to never have to “go without” again.

At the age of 21, she was constantly getting whistles from some guy at her work, and according to her, he wouldn’t leave her alone, and he was really irritating. Well, those whistles must have worked, because she ended up marring him, so thank you Gramps, for being so persistent and winning over Gram’s heart.

In fact, she loved him so much, that she joined the Army when my Gramps was deployed to Germany in World War II. Grams said that she was going to find my Gramps! She served her country for a year, and Gramps for four, and they were very proud to be veterans of the United States Military.

Eventually, my grandparents had a son, my Dad, who they loving called, “Butch”. They moved from Chicago, to the suburbs, and the second house that they bought in Roscoe, Illinois is the one that I will never forget.

It was actually a duplex that had been opened up, and my sister and I thought it was a mansion because it had identical kitchens and bathrooms at each end of the house, and the biggest living room you ever saw connecting them together!

My grams also had a flair for bright, interesting, colors! She was proud of the mint green color that she made my Dad and Mom paint on the outside of the house. I remember that you could see that house a mile away, and I am pretty sure that no one else in the neighborhood or surrounding area had the same colored home. 🙂

My Grams worked in several factories doing piecework, and because she was such a hard worker, she did quite well. My gramps was a machinist for the majority of his working career, but he had to take early retirement sue to his company closing its doors.

So, she began to dabble in selling antiques that she found at garage sales and auctions. She loved telling us how much more she made on something that she got for nothing. Needless to say, Grams became a very successful antique jewelry, vintage clothing, and glassware dealer, and she was widely respected in the area.

My grandfather was born in McHenry, KY and he wanted to retire in the same place he was raised. So, in 1989 my grandparents became residents of Beaver Dam, KY (I always thought that was a funny name by the way, and I wish that I could tell you that she loved it there, because she really was a city girl at heart). My grandfather passed in 2002, and my grandmother lived another ten without him.

One of Grams final wishes was to make it through one more Christmas with her family. I told her that she would not only make it through Christmas, but New Years too! The Lord granted her that wish, and He granted me a special moment in time the night before she left us! It was just Grams and me being silly, laughing, and hugging.

Grams, you have been a rock for me for the past 44 years, you have helped shaped the person I am today, and I will always love you. I am so glad that you are no longer suffering, and that you went away from us peacefully, in your sleep. And , Grams, as promised, your “Butch”and the rest of your family has brought you home to rest besides your husband of 58 years.

SuperGirlSavings is a participant in the Amazon Services LLC Associates Program, an affiliate advertising program designed to provide a means for sites to earn advertising fees by advertising and linking to Amazon.com

This site and our mobile application may contain links to other affiliate programs that we are partnered with. 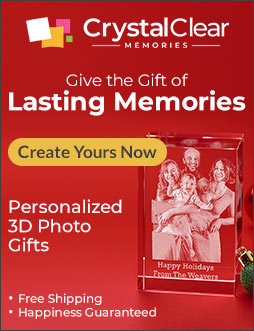 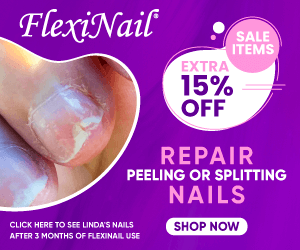